Cargo transport along the Northern Sea Route (NSR) is increasing rapidly. This development is driven by several factors. First and most important among these are more favourable sea ice conditions, particularly in the last 10-15 years, as a result of a distinct warming trend in the Arctic making navigation in ice easier. Secondly, advances in ship, propeller and icebreaking technology and the introduction of icebreaking cargo vessels (e.g. Arc7) able to operate year-round in Arctic waters have made Arctic navigation possible even without assistance from powerful icebreakers. The third driver is exploitation of the rich Arctic natural resources, where maritime transportation is the only means to transport these commodities to market from remote Arctic locations. Then there are strategic and security issues that have caused Russia to increase its presence in the Arctic, to start rebuilding port infrastructure and to safeguard its Arctic resource base and Arctic resource development projects.

Although the NSR is clearly of major strategic importance to Russia, the Arctic shipping route is also likely to play a major role in the future development of the whole Eurasian Arctic region, and be a catalyst for value-creation and regional socio-economic development. The main advantage of using the NSR as a transit route is the reduction in the transport distance and sailing time between ports in Northern Scandinavia/NW Europe and NE Asia compared to the traditional southern route through the Suez Canal. But the NSR’s future significance is also due to its role as a transport corridor along the Eurasian Arctic Coast and between the Eurasian Arctic and port destinations and markets in the Atlantic and Pacific. Here, the NSR could change the Eurasian Arctic from having a distance disadvantage to having a transport advantage to both Europe and the fast-growing markets in NE Asia.

Actors in the BIN area (Northern Scandinavia and NW Russia) are in an ideal position to shape the future development of the NSR towards increased commercial traffic with benefits to socio-economic development in their regions. This includes private and public investments in new transportation and logistics infrastructure with a focus on innovative, environmentally-friendly and cost-effective logistics solutions. 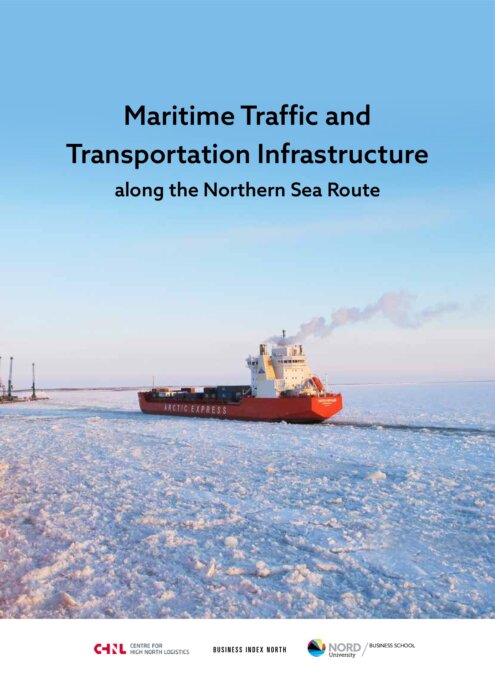